Hello all! I’m Tintin’s sister Bea. She’s generously allowed me to post on her blog because I, too, am caught in the grips of an uncontrollable stationery obsession. In fact, Tintin first got me into stationery when we were young, though I didn’t learn to fully appreciate it until much later. About a year and a half ago, she introduced me to fountain pens and I introduced her to the Midori Traveler’s Notebook and we’ve been enabling each other ever since!

It’s funny because for all the shared interests we have, our tastes actually differ a lot. For example, she’s more adventurous and knowledgeable about fountain pens, whereas I’m happy with my set of durable, inexpensive Lamys. On the other hand, I’m more of a Traveler’s Notebook “purist”–it’s not that I don’t like fauxdori, but I love the Traveler’s Factory brand so much that it would take something really special to lure me away. However, I’m happy that there’s a growing community of TN/fauxdori users in the Philippines, because it means getting supplies for planners and journals has become much easier and more affordable. Also, it’s bringing attention to local talent who seem to really know their leather.

For this post, I thought I’d share the new additions to my 2016 planning/journaling setup. These are items that I’ve been waiting for months to use–they are also items I’ve never used before. Due to my excitement, I may have acquired more diaries than I need, and am now faced with the dilemma of how to actually use each one. Anyone else have this problem? Every time I think I’ve got each diary finalized, I second-guess myself! But 2016 is almost upon us, so I’d better make up my mind soon.

So those new items are: the Traveler’s Notebook 2016 Diary (Weekly + Memo), the Hobonichi Planner, and the Hobonichi Techo Cousin Avec. 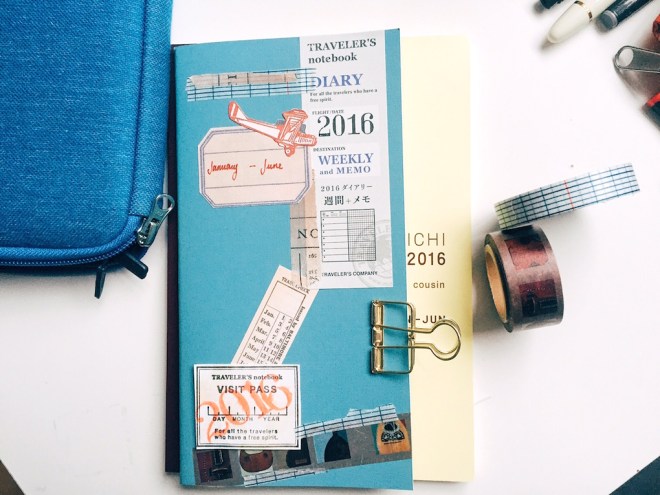 This is a limited edition diary that is released towards the latter half of the year. There are other versions, like the monthly and weekly diaries, but this is the one that Eunice from @thedailyroe uses to make her beautiful layouts. So of course, being a total lemming, I wanted it too. These are very similar to the weekly + memo free diaries that are sold year-round, but are pre-dated and have a few additions like a fancy cover, stickers, and calendar bits that I’m ignoring to be honest. You also get 2 inserts for the year: Jan-Jun, Jul-Dec. The Jul-Dec diary has a navy blue cover. 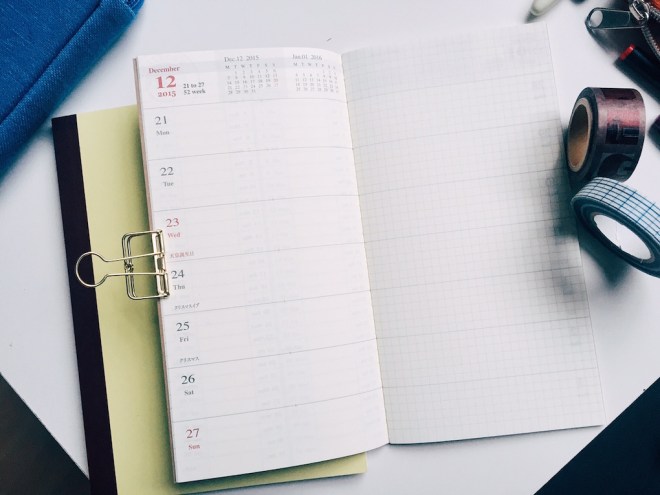 What I’ll Use it For: I plan to use this as a jumbled combination of weekly highlights, random notes of interest, and a commonplace book for facts, quotes, and found things. I’m changing the way I keep an art journal, so instead of one huge art journal, I’ll have smaller but more varied types of journals. 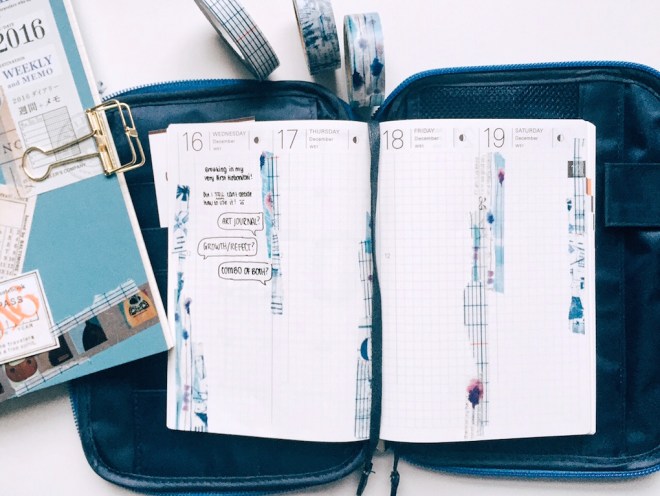 This is the first year I’ll be using the Hobonichi and I’m so, so excited. I bought the English version. In fact, this was supposed to be my everyday art journal/notes until the TN Weekly + Memo Diary came along. It’s probably for the better–I’ve seen how thick the Hobonichi Techo can get when you pump it up with stickers and washi tape. Forget about pasting in journal cards or glossy photos! I definitely do not want to be struggling to write in the pages by the end of the year, so I will try to keep the embellishments simple: washi tape and the occasional sticker. Today is the first entry, and I wasted no time in cracking it open. The sooner I can get it away from its pristine condition, the sooner I can stop treating it like a delicate princess and more like the durable “life-book” it’s supposed to be!

What I’ll Use It For: As you might be able to tell from the image, I’m struggling with this. I like how the Hobonichi looks with single entries decorated simply but beautifully (like this) but the collage of notes and illustrations also looks very nice (like so). More importantly, I have to distinguish it from both the previous diary and my written diary (yeah, I have a lot of diaries). I am leaning towards using it for more reflection-based journaling: noting the day’s accomplishments and reflecting on what’s to come. I use my written diary to whine a lot, sometimes at the expense of meaningful reflection.

Then again, this is my first year using it so I’m not going to be too prescriptive about it. I’ll start off by going with what feels comfortable! 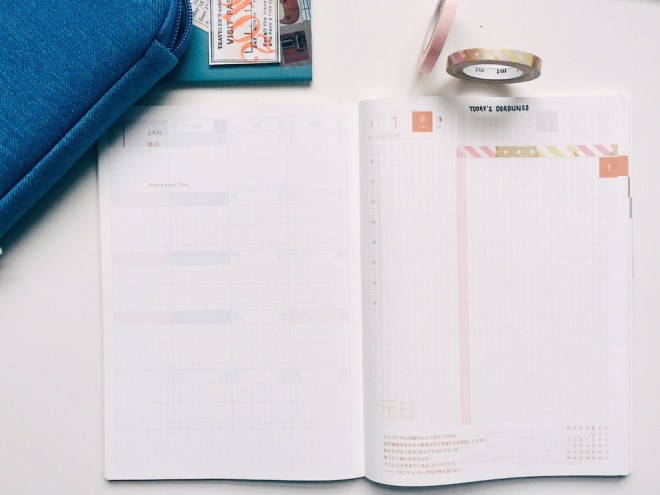 The Hobonichi Cousin is of course the larger version of the Hobonichi Techo, and the Avec is the Cousin split into two volumes. Comparisons between the Cousin and A6 Techo have been elaborated in detail elsewhere, so I’ll just jump right into why I bought it. I decided that for 2016 I needed to track my writing tasks more diligently, since 2015 was proving to be very disappointing in that regard. The Traveler’s Notebook insert I was using for writing-related notes wasn’t cutting it and I was writing things on scraps that I’d later mistakenly throw away. But since I didn’t want to carry a full Cousin in addition to a Techo & my MTN, the Avec seemed like the perfect solution.

How I’ll Use It: As a writing tracker to track my current projects, tasks, progress, and deadlines. Also books I want to read or have read. I’ve added some slim washi tape to January 1 as a proposed layout: on the top I’ll put any deadlines for the day, the left will be for tasks for each project, and the right column will be for relevant notes or things to research.

There’s still much I have to do before 2016 rolls around: namely, to get my resolutions/goals (writing & otherwise) in order, and to figure out how all of this fits with my current Traveler’s Notebook setup. I’m hoping they all play nicely together.

Thanks for reading! I don’t know how often I will post, but for more regular updates, such as my art journal pages, washi tape collection, or sticker/stamp hauls, I have a dedicated Instagram for stationery called @tdpjournals. Come by and say hello 🙂

Stationery, Notebooks, Journals, Fauxdori and Traveler’s Notebooks from the Philippines. And occasionally food. And shih tzus.